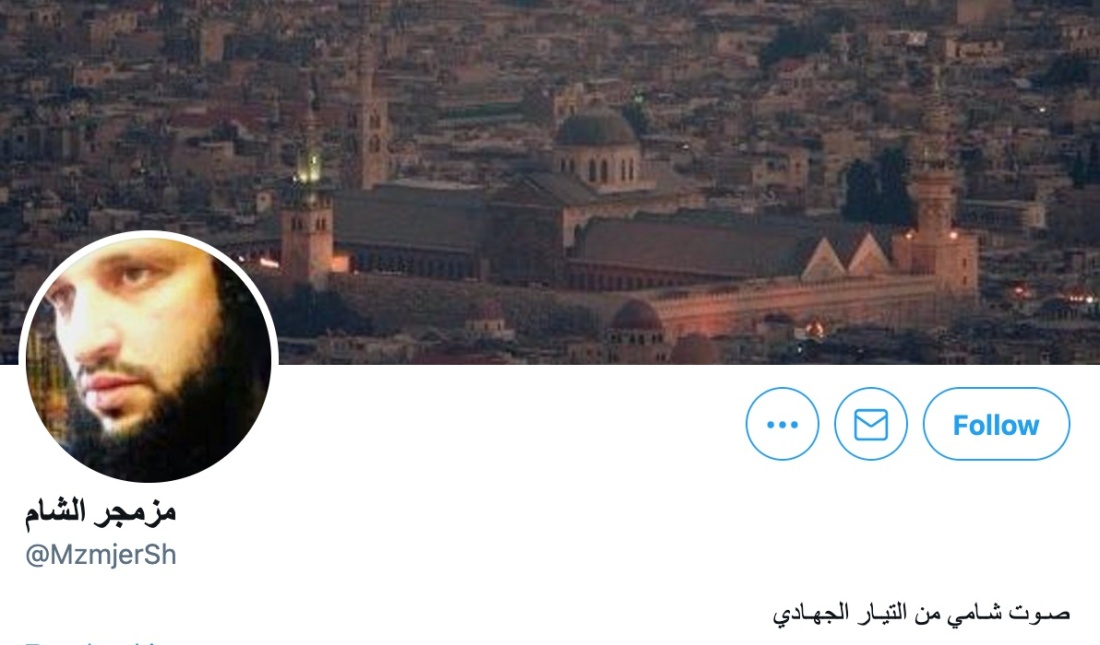 On June 8, Muzamjir al-Sham, a popular Twitter personality who has dropped scoops related to the jihad in Syria over the years and is believed to have been affiliated with Ahrar al-Sham previously, posted a series of allegations on Twitter related to Hayat Tahrir al-Sham (HTS), and Abu Muhammad al-Jawlani, in particular, in relation to foreign jihadis in areas HTS controls. He also notes that Jawlani is joined by key HTS leaders in making these policies that will be discussed below, including: Abu Mariyah al-Qahtani, ‘Abd al-Rahim al-‘Atun, and Mazhar al-Ways. You can read the entire series of tweets here.

Muzamjir claims that since Jawlani left al-Qaeda’s fold he and his organization have been killing, arresting, torturing, and in even some cases allegedly extraditing wanted jihadists to foreign governments abroad. Most notably, those affiliated with Huras al-Din and Ansar al-Islam. According to Muzamjir these alleged deals with foreign intelligence services is done to try and extract money. As a consequence, he claims that this is the reason a number of al-Qaeda-related figures were also killed: such as, Abu Zayd al-Urduni, Tariq al-Turki, Faruk al-Tunisi, Abu Yunis al-Almani, Abu Mu’adh al-Faransi, and Abu ‘A’ishah al-Tajiki, among others. Likewise, Muzamjir says that there are more than 170 foreign fighters detained by HTS another 100 who were allegedly disappeared, but he cannot corroborate those individuals’ names yet. As for those imprisoned, see below for a list of some of them that Muzamjir and his sources on the ground claim to have confirmed:

According to Muzamjir, while these individuals were under interrogation, so-called ‘external parties’ were involved to know more about these jihadis’ activities in Afghanistan and Europe prior to their arrival in Syria. As a consequence, he argues that Idlib is like a new version of Guantanamo Bay Prison.